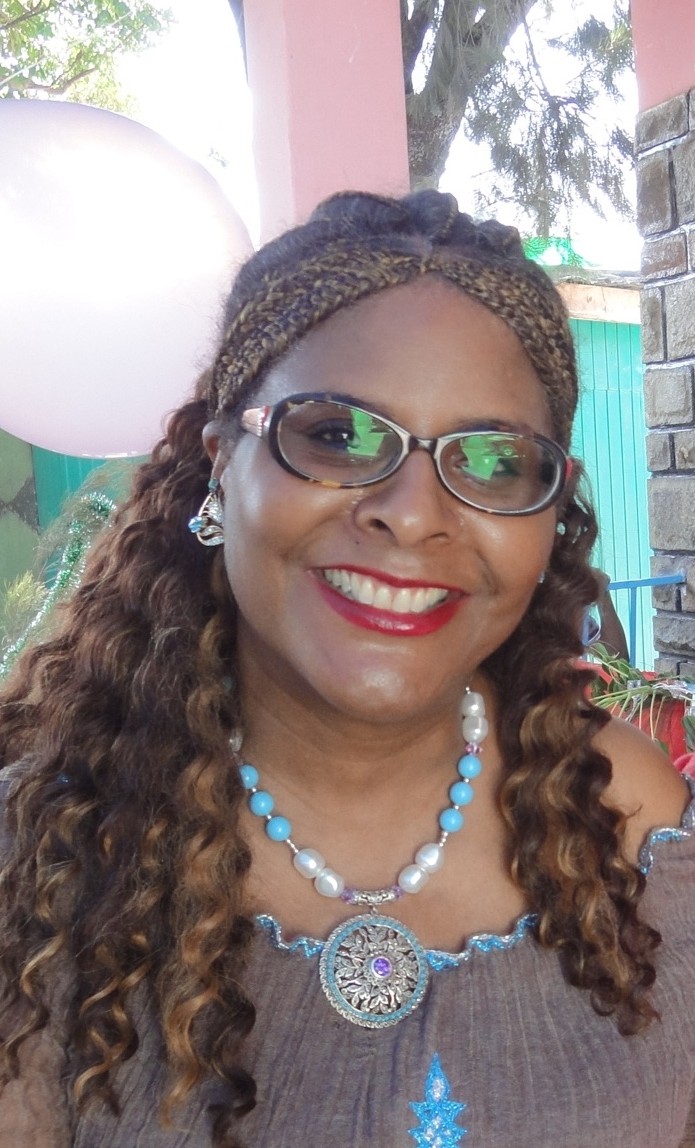 She has studied in London, Spain and at the International Court of Justice in the Hague, Netherlands. She has worked for the UN in many capacities over the last twenty-five years. She was the legal advisor to the Climate Change treaty, and attended the Earth Summit in 1992, and served as Legal Adviser and Secrertary to the Economic Commission for Africa in Addis Ababa, where she lived for four years.

She served as Secretary to the Trade and Development Board and Head of the Intergovernmental Affairs and Outreach Service of the United Nations Conference for Trade and Development (UNCTAD) in Geneva, Switzerland from 2003 to 2008, and is presently Deputy Director of UNCTAD’s Africa and Least Developed Countries’ division.

She has lived in Gabon, Africa, and has always had a passion for development issues. She founded the Ethiopian Food Appeal in 2002. Together with original task force members, Medina Wesseh, Zemenay Lakew, Max Donkor, Carolyn Knapp and Max Jarrett, she delivered several tons of food to Ethiopian children in need. With the help of your contributions, she and task force members have personally delivered food, clothes, clean water, books and other supplies every year to more than 1,400 children. She is married to an Ethiopian, Kebret Wassyihun, and has two sons, Hiruy and Azaria. She is also surrogate mother to a daughter, Blen Adnew Gossa and a son, Temesgen Adnew Gossa. 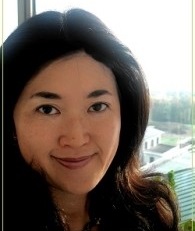 Using her expertise in the private sector, she served for the Permanent Mission of Japan to the WTO in Geneva as trade negotiator (1998-2001). She also worked at United Nations Conference on Trade and Development (UNCTAD) as Economic Affairs Officer and established several projects which include Africa (2005-2008).

Minako Morita has both economic and legal background. She obtained Master of Economics, College d’Europe in Belgium; Master of International Law and Economics, World Trade Institute in Switzerland; and Bachelors of economics and low from Keio University in Japan.

Sebastian Jaeger is a theoretical physicist.

His research deals with elementary particle theory and how it can be tested and improved by knowledge gained at experiments such as the large hadron collider at CERN in Geneva.

He is an assistant professor at the Technische Universitaet Muenchen (TUM: Technical University of Munich).

Sebastian Jaeger received his doctorate in physics from TUM in 2003. He held postdoctoral research positions in Aachen, at the University of Munich, and at CERN before returning to his alma mater for his current affiliation.

Since 2001 he has worked with the UN Economic Commission for Africa (ECA) in Addis Ababa as a speechwriter and communication officer in the Office of the Executive Secretary.

Prior to the UN, Mr. Jarrett worked 11 years as a senior broadcast journalist with the BBC World Service, editing, producing and presenting Network Africa and Focus on Africa , the BBC’s daily news and current affair’s radio programmes for its African audience.

He received his B.Sc (Hons) in Economics from the London School of Economics and his M.A, with a concentration in Political Economy, from London University’s School of Oriental and African Studies (Dissertation: Civil War in Liberia: A Manipulation of Chaos? ). 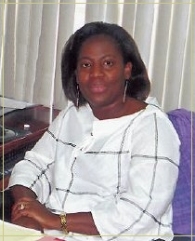 Mai-Ellen T. Russ Jarrett is a Liberian-born Chartered Accountant. She currently works at the UN Economic Commission for Africa (ECA) as the Officer-in-Charge of the Finance Section.

Prior to joining the UN, Ms. Russ Jarrett worked in the United Kingdom’s private sector in positions of Company Controller, Financial Accountant and Management Accountant.

She is a member of the UK Association of Chartered Certified Accountants (ACCA) and a mother of 2.

Kiki Lawal has over eight years of international experience in the United Nations, banking and manufacturing industries.

She is currently working for the United Nations Environment Programme Finance Initiative (UNEP FI) as the head of Signatory Relations for 170 UNEP FI Signatories from 45 countries. UNEP FI is a public-private partnership between the United Nations Environment Programme (UNEP) and the global financial sector aiming to support and to expand sustainable practice throughout financial companies’ activities. Her cross-fertilization role means that she is also the Western European Forum Project Manager, Outreach Coordinator for Western Africa and a member of the Management team.

She has recently completed an MBA with the University of Liverpool. Prior to her employment at the U.N., she gained a BA (Hons) in Business Economics at the Middlesex Business School in London. She speaks Yoruba (mother-tongue), English, French, and a little bit of Italian. 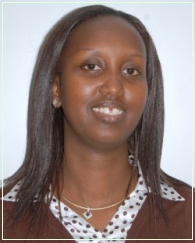 Francine is Burundian. She studied computer science and specialized in programming. She has been working in UNCTAD since 2006. She enjoys working with people from diverse cultures and countries.

She lived in Ethiopia in 2006 and became very aware of extreme poverty, especially concerning children poverty.

When she met Jo Butler and heard about her devotion to help those children, she decided to help as well by promoting the bazaars and working during the bazaars.

She is married to a Burundian. 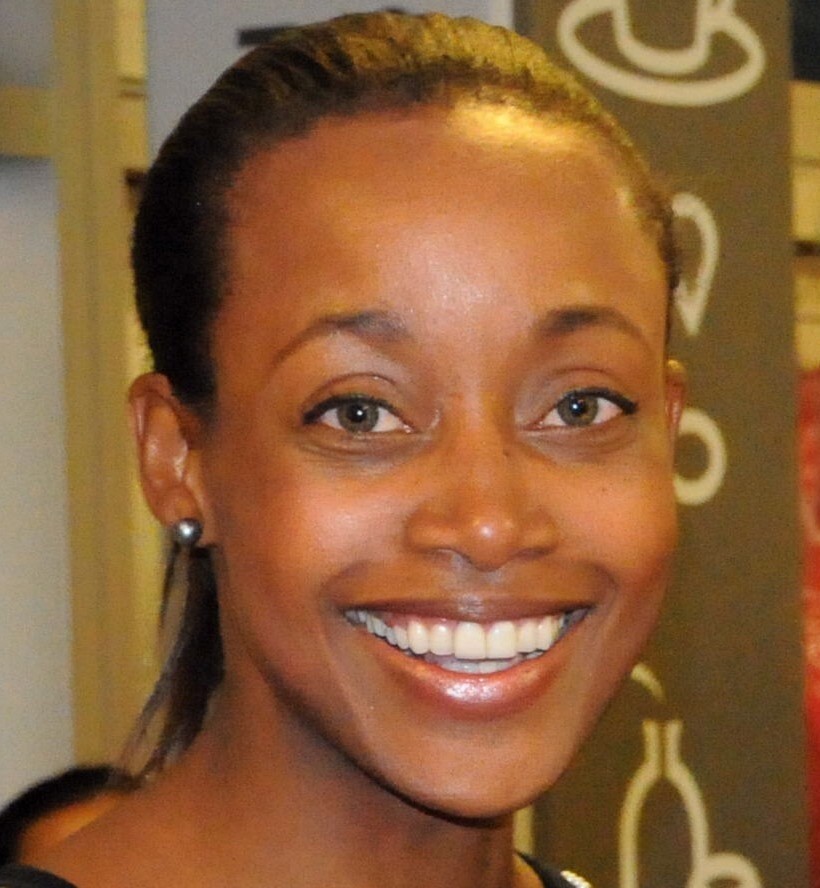 Diane Alexis is an accomplished human resource consultant and business owner with over eight years of professional experience in the private sector sourcing Fortune 500 companies in the US. Companies with a commitment to public affairs initiatives, who advocate a wide range of issues impacting primary educational curriculum, resourcing strategies for public school administrations, women’s issues and the state of family structure in the US.

Her expertise and talents include strategically developing and implementing best practices in the areas of: Talent Acquisition/Management, Recruitment, Career Analysis, Behavioral Based Interviewing, Program Management and Planning, Reporting, and Industry/Market trend Analysis.

She graduated from Bentley University in Waltham, Massachusetts, with a Bachelors of Science in Economics and Finance.

Her affiliation with Jo Bulter and the ECA has provided her with a fulfilling and personally rewarding platform to help address hunger and health issues affecting young people, one of the greatest global challenges facing the world today; something that’s very dear to her and her family.